Finally switched from Ubuntu to Linuxmint after the 14.04 release. The distribution installed so many packages that I would never use, and the Unity desktop rendered slow on my old thinkpad 🙁

After trying Linuxmint 17 in VirtualBox, I found the color of its default theme is not so good. The mixture of grey and light green, sometimes made it a bit hard to detect borders. It also made me feel comfortless when using eclipse: 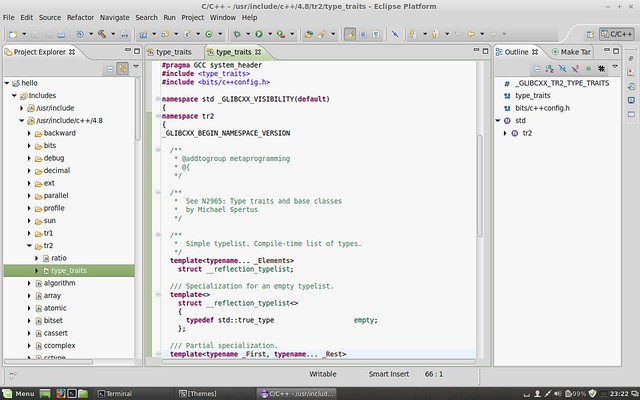 So I managed to reuse the default theme of Ubuntu within the cinnamon desktop from Linuxmint: 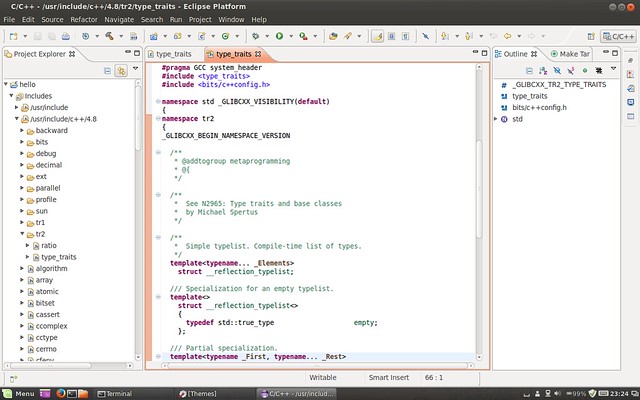 Here’s what I did:

This installs the Ubuntu themes. Now edit the theme to add support for Nemo:

Add one line to the end of the file:

Updated Aug 14: Alternative color in Nemo is not available. It seems to be a bug(LP#945430) in the ubuntu theme.